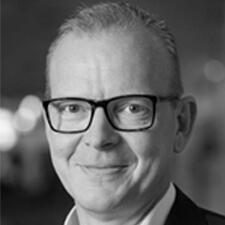 Michael S. Dahl is a Professor of Strategy and Organization at the Aalborg University Business School (Denmark) and a Professor II at the Norwegian School of Economics (Bergen, Norway). He has a PhD (2004) and MSc in Industrial Economics (1999), both from Aalborg University.
Michael’s research focuses on organizations, entrepreneurship and economic geography with a strong interest in careers trajectories, gender inequality and mental health. His research has been published in journals such as Administrative Science Quarterly, Management Science, Organization Science, American Sociological Review, Research Policy, Industrial and Corporate Change, and Social Forces. His research has been awarded with the 2020 Responsible Research in Management Award, the Jorck’s Foundation Research Award 2016, the Tietgen Gold Medal Research Award 2006, the Spar Nord Foundation Research Award 2005, the Tuborg Foundation Business Research Award 2001, and the European Management Review Best Paper Award 2009.
Prior to joining the Aalborg University Business School in August 2020, he was a Full Professor and Deputy Head of Department at the Department of Management, Aarhus University (2015-2020). In addition, he has held visiting scholarships at Carnegie Mellon University (2002 and 2007), Stanford University (2010 and 2015), and Eindhoven Center for Innovation Studies (2002).
Michael served the Independent Research Council, Social Science (later named the Independent Research Fund Denmark) from 2013 to 2018. 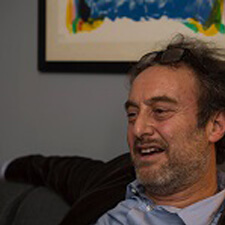 Francis Kramarz is Professor and Research Director at ENSAE and a visiting Professor at Uppsala University, Sweden. He was the director of CREST (Center for Research in Economics and Statistics), jointly created by Ecole Polytechnique and ENSAE (in association with the CNRS) until the end of 2019. He was Associate Professor at École Polytechnique, invited Professor at Yale, and also a member of the French low-pay commission (Groupe d’Experts sur le SMIC), of the French Council of Economic Advisors (Conseil d’Analyse Economique), of the Conseil d’Orientation pour l’Emploi, as well as the Attali commission. Francis Kramarz now focuses on his research, trying to understand how social networks (e.g., family and former co-workers), firms’ networks (groups, clients, or suppliers) affect firm outcomes, in particular their resilience in the face of shocks. For this line of investigation, he received an ERC advanced grant (1.7 million euros). As director of CREST and ENSAE research director, Francis has been involved in the newly founded Institut Polytechnique de Paris. In particular, he has been a strong advocate of integrating the Social Sciences with the Data Sciences.

Page load link
ATTENTION: This site uses cookies. By browsing the site, you are consenting to its use. Consult the privacy policy I understand and accept
Go to Top